Valis Ablaze set out to provide an intriguing alternative to the progressive metal norm; low end grooves juxtaposed with soaring vocal lines, crisp milton-cleans and atmospheric synths, all driven by intricate rhythm work and growling bass – a huge spectrum of energy, emotion, power and beauty. And with the band being spread out all across the UK, playing together is not only cathartic but coalescent too.

After the success of the January 2017, self released ‘Insularity’ EP produced by Drewsif Stalin, Valis Ablaze self booked and toured the UK to much acclaim, gathering the attention of German label Long Branch Records, while also honing their conceptual sound with their April 2018 debut album, ‘Boundless’, produced by Justin Hill (Sikth, Heart of a Coward, Bury Tomorrow).

Touring Boundless material around Europe as well as shows with bands such as Monuments, The Contortionist, Dead Letter Circus, Tesseract, Sikth and Vola had only further inspired the band who began writing their follow up to Spring 2018’s Boundless, taking into consideration their favourite elements of ‘Boundless’ live.

The band say their second album will please long standing fans with their hook-laden grooves but also reach a new audience that appreciates the more modern and consistent elements of alternative, heavy music.

Their sophomore album, ‘Render’, produced by James Wisner (Paramore, Hands Like Houses, Underoath) is set for worldwide release on 19th of July, 2019 through Long Branch Records. 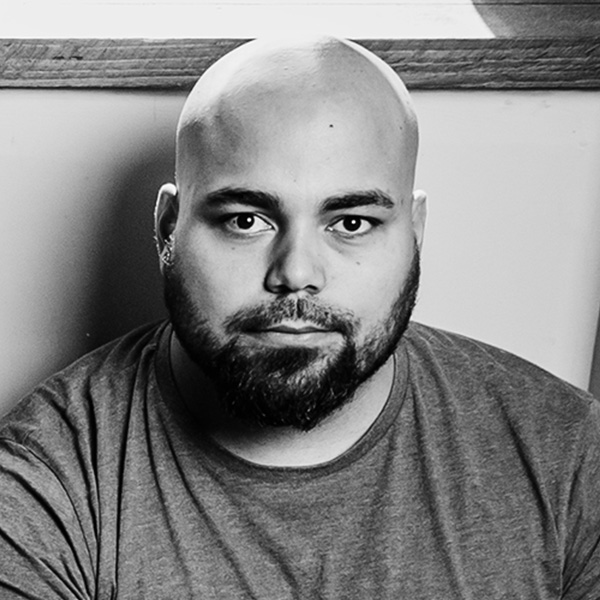 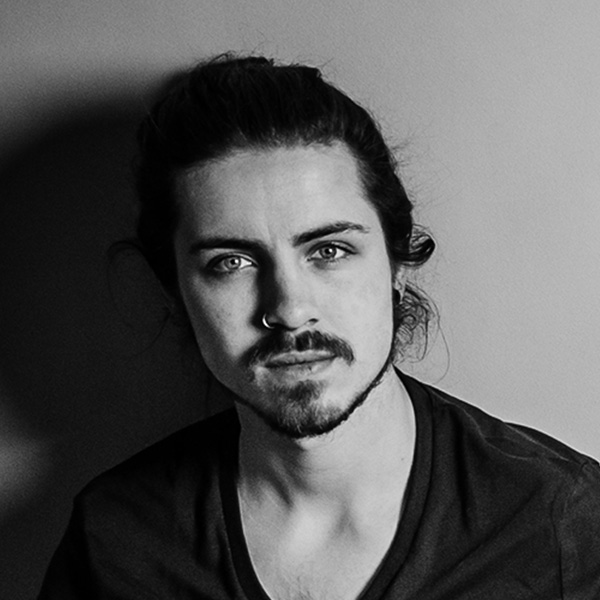 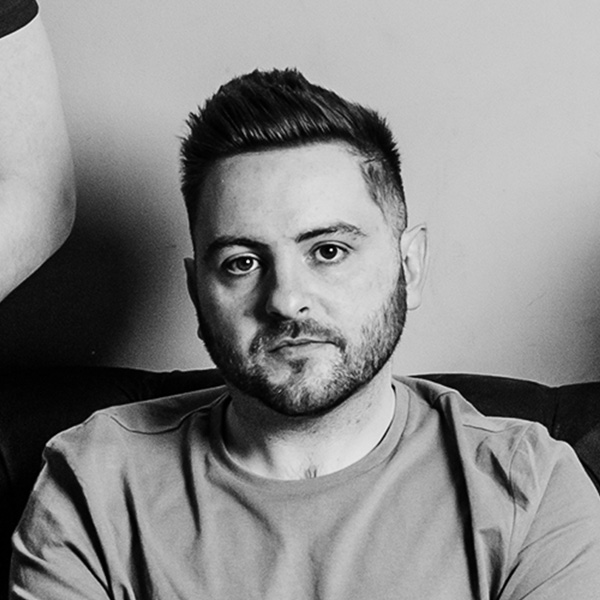 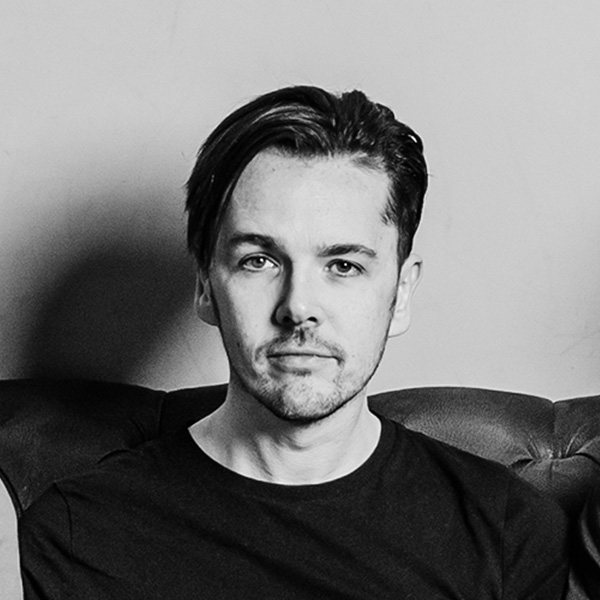 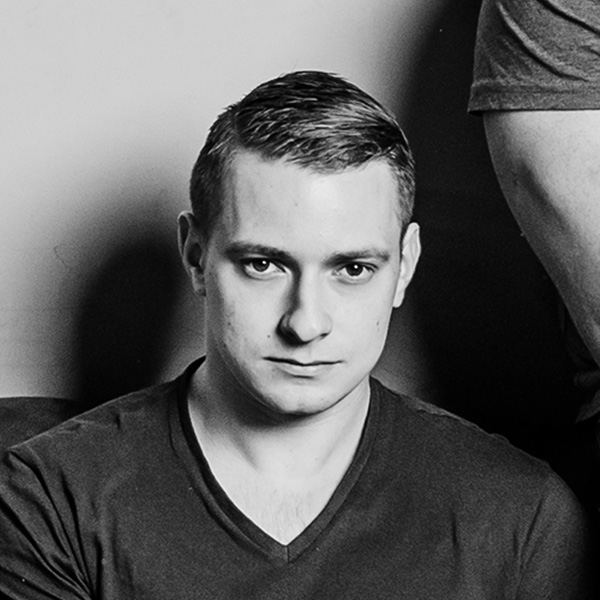 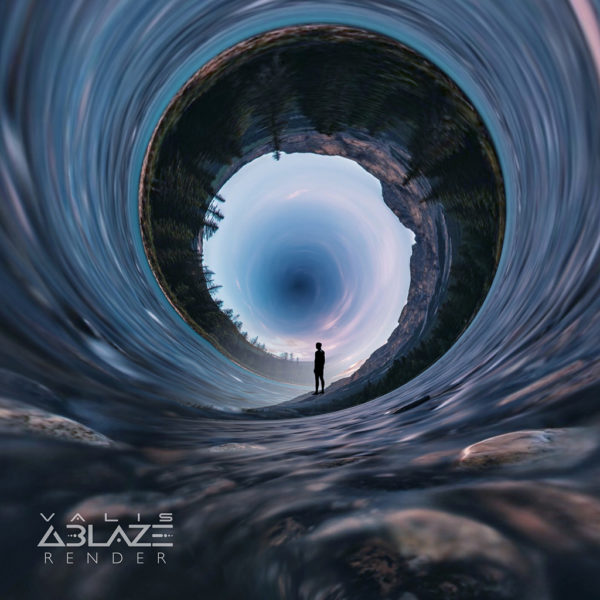 “They have created an immersive experience with this album in which you can lose yourself in. 10/10” – Metal-Temple.com

” If you buy Render you will not regret it, but I am sure you will listen to Boundless for a long time and maybe you will appreciate it even more now.” – True Metal

“If you like your prog slightly metallic and very melodic, with soaring vocal lines and a thick, layered, pristine sound, Render could be your album of choice this summer. 4/5” – Heavy Music HQ

“But really Valis Ablaze are doing their own thing” – Stylo Ken

“They have much more to offer than a neat take on a familiar sound. Seemingly evolving in real time on “Render”, these next-level technicians are fully equipped for the long haul. In the end, you just can’t argue with great songs.” – BlabberMouth

“this sees a big jump in their songwriting maturity and a set of performances honed by regular stagecraft.” – WeekendProg

“Render see’s the south west collective offer an urgent and masterfully executed take on a genre that has become seen as sterile in recent years.” – Noizze

“The level of experimentation in this album is fantastic and finding so many unexpected sounds and tones in these tracks is awesome. 8/10” – The Soundboard

“Lovers of the genre should definitely check this band out. Easily, this is a 4 (out of 5) star album…” – Prog Archives

“an unshakeably solid example of pretty much everything great about tech-metal, ’Render’ really works.” – Already Heard

“Songs are more varied and get to the point faster. 7/10”

“Valis Ablaze focus on what really matters: songs. Render is a joy from start to finish” – Prog

“9/10 – The album feels like something special; something substantial. This is not your average progressive metal album.” – Discovered Magazine

“it is without doubt the most engaging and enjoyable Valis Ablaze release to date.” – Heavy Blog Is Heavy

“they’re back sounding as good as ever” – Metal Utopia

“Second to none, without a doubt – graceful progressive metal at its best.” Metalhard.de

“Resting somewhere in between metalcore, djent, post-metal, rock & pop. Render exerts all of this with exquisite, delicate balance, and ultimately makes for an enthralling, arresting listening experience. 9/10” – DISTORTED SOUND MAGAZINE

‘Amazingly, much of what I’ve already said about Boundless is true for “Render,” just one step ahead. 8/10’ – HELLFIRE MAGAZIN

‘Render is the band’s biggest achievement yet, each song has its own vibe and own story to tell.’ – METALMANCE

‘ musically interesting, lyrically intelligent and brimming with compositions that will give them a broader appeal without sacrificing their core audience of modern prog lovers. A simply superb album! 9/10’ – MUSIPEDIA OF METAL

“‘Render’ is a real sound experience that wants to be immersive and all-encompassing, and we can say that it works” – METALLUS.IT 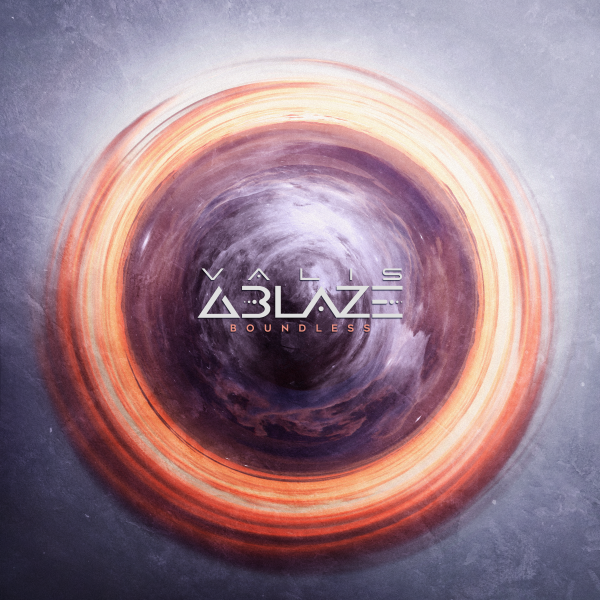 Musika.Be – “Valis Ablaze delivers with ‘Boundless’ a top album that every fan of prog metal should definitely bring home.”

Prog Archives – “Every so often a band releases an album that makes me temporarily forget about all other bands and albums. That band right now for me is British progressive metal quintet Valis Ablaze”

Leon TK – “Boundless spends much of its time feeling out the spaces between Periphery and Tesseract while delivering plenty of epic, intense, and atmospheric sections.”

The Soundboard – “There are bands in existence with far more releases under their belts but do not have the quality of execution of Valis Ablaze.”

Metal-Temple – “Few albums recently have had this level of balance. Don’t let this one slip past you!”

Melodic Metal – “91/100 This exceptional debut presents to the public a much more cohesive and technically gifted band than would be expected given its anagragfical date.”

Metalmance – “An absolute stunner of a debut, VALIS ABLAZE have been patiently honing their craft, perfecting every detail, before bestowing it on the world.”

Hellfire Magazine – “, the five guys have taken another huge step forward, sharpening their ideas of what they want to sound like a band and developing more individuality”

Rockway – “The five ambitious musicians from Bristol seem to have done more than simply lift their heads a little higher than the crowd of newly-born musicians in the field.”

It Djents – “Boundless undoubtedly establishes a great deal of atmosphere and impact, and this can be attributed to powerful songwriting and a clean, expressive mix.”

Musipedia of Metal – “This is an ambitious record that achieves everything it sets out to be, listen and observe but don’t get too close Valis Ablaze are currently en fuego. 9/10”

Metalkrant – “Boundless ‘ by Valis Ablaze is absolutely recommended and a worthy successor to the ‘ Insularity ‘ EP. On this debut album of the band they show musical growth and confirm themselves as a strong band.”

ProgMetalMadness – “Boundless’ is the debut album of Valis Ablaze and if this is just them getting warmed up then its going to be one hell of a career ahead! It’s oozing with emotion and atmosphere”

Distorted Sound Magazine – “Whilst Insularity brought them copious amounts of adoration Boundless feels more refined, more sophisticated and has elevated VALIS ABLAZE to the next level. “ 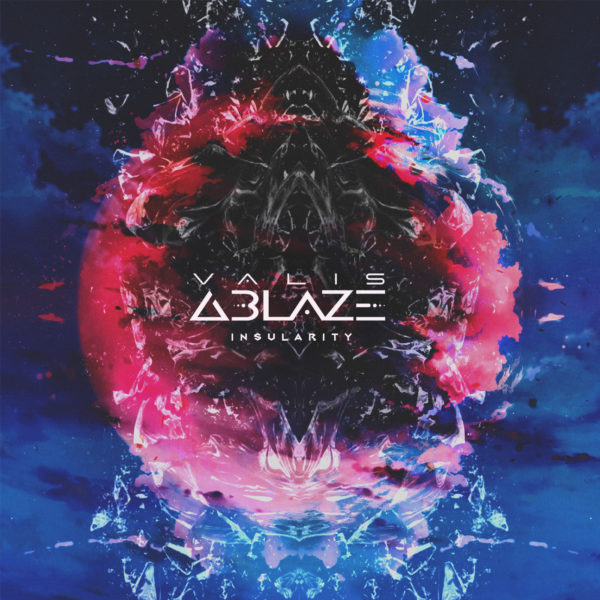 METALMANCE – “An impressive effort from another promising British progressive band…”

Catalyse Music – “Progressive and ambient metal at its absolute finest. Insularity will take this band far…”

The Monolith – “With Insularity, they have not only met these high expectations, but exceeded them. The future is bright…”

Broken Amp – “Insularity is a mighty leap forward for the band…” 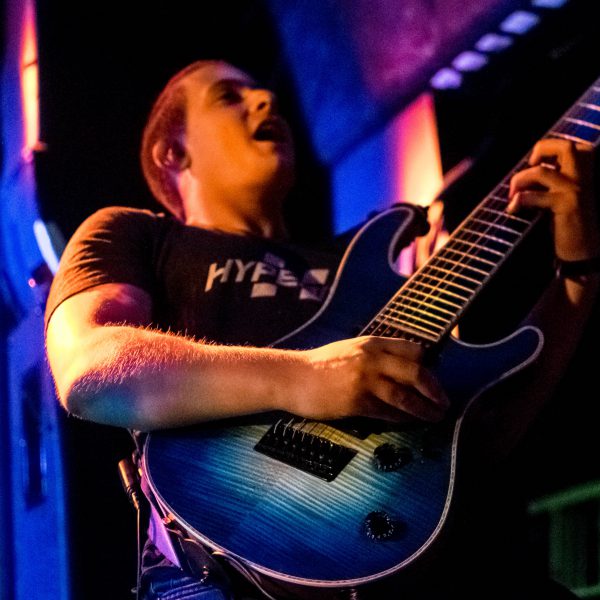 “This performance represented one of a run of shows to mark the release of brand new album Render, and it’s safe to say that the material translated aptly to the live setting, enabling the band to sound more epic than ever before.” – Distorted Sound Magazine

“With material from both albums translating extremely well into a cohesive set and the band playing a precision perfect performance, it was easy to see how they had pulled such a large crowd at a festival full of progressive heavyweights.” – Rockodile

“a rich source of entertainment for all in attendance, remaining very much in keeping with the theme and vibe of the festival thus far.” – Distorted Sound Magazine

“There is an air of ‘this is it now, watch us fly’ surrounding the band and the crowd can feel the buzz too. A band finally hitting their stride, see them before they get huge!” – Metal Mance

Distorted Sound Magazine – “fans of all styles were appeased, and the well-rounded, headline set effect was consummately achieved. With a sound growing ever-expansive and an efficient, practical marketing approach, this was a set to match the glistening status of VALIS ABLAZE in 2019 – 9/10”

the soundboard reviews – “The variety of guitar tones used throughout their tracks shows the Valis Ablaze’s diversity in their song writing and makes for an enjoyable live set.”

HEAVY BLOG IS HEAVY – “In this subterranean space, the heavier songs in the set work particularly well, and the warmth of the crowd response suggests that Valis Ablaze’s star is very much in the ascendancy.”

The Prog Space – “Valis Ablaze was a breath of fresh air with their more melodic and less screamy progressive metal, the bands sound is impressively atmospheric and emotional”

ArtNoir – “From melodic to heavy, everything is there.”

Metal Wani – “The band plays a style of modern metal which mixes crunchy riffs with beautiful ethereal soundscapes and despite having not heard them before I came away a fan.”

Heavy Blog Is Heavy – “Valis Ablaze’s atmospheric and melodic prog-metal fills the sheds, and gives more weight to the heavier undertones that serve as a counterpoint to Phil’s impressively soaring melodies.”

MetalMance – “It’s only a matter of time before VALIS ABLAZE burst into the wider metal community.”

Distorted Sound Magazine – “The five piece have a lot of fire power in their arsenal and provided a solid performance showing exactly why they are one of the most dependable bands on the tech circuit.”

Musipedia – “Make sure to catch them next time round as they are at the forefront in the next wave of UK tech metal.”

Voxx – “The stand out thing about Valis Ablaze is that they are not falling into the genre grind, offering a fresher more interesting sound. “

Prog – “…there’s drama aplenty in the dips and swells of their performance.”

Broken Amp – “..more vaguely resembles bands such as Exist Immortal and Tesseract. And on this performance they are far better for the change in direction…”

Metal Mance – “Vocalist Phil Owen hits every note while guitarist Tom Moore steals the hearts with his evident joy of being there..”

The Monolith – “Delicate and wistful melodies, memorable, powerful choruses, a couple of inspired chord progressions, and some deceptively chunky riffs that translate very well indeed to the stage…”

Distorted Sound Mag – “..Firing through their set with flawless precision which captured the essence of their recordings perfectly… 9/10.”

Noizze – “Valis Ablaze give us our more mellow sounding Metal…”

Clunk Magazine – “Very impressed by Valis Ablaze as a live act, I would like to see what one of their headline shows on home ground is like…”

Opinion Overload – “Valis Ablaze were one of my favourite performances from the night, and damn did they keep me busy…”